Serie A finishes fifth in the season rankings 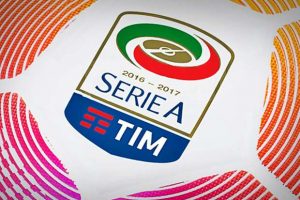 The UEFA coefficients is a ranking of domestic soccer leagues in Europe. The team’s performances in local leagues, as well as continental championships influence the amount of points and the subsequent ranking of the leagues. This year, Serie A finished fifth in the league rankings.

From next season, each of the four countries ranked by coefficient automatically gets four clubs into the group stages of the Champions League. Although Serie A are fifth this year, they maintain a healthy lead over the overall fifth placed Ligue 1.

Getting four teams into the group stage vastly increases the chances of one of the teams advancing beyong the group stages. In addition, this helps the teams, league and by extension, the country get more points and increase coefficient rankings.

Here is how some of the teams and countries are faring so far:

Spain leads the way with an average of 20.1 points with England (14.9) and Germany (14.5) rounding out the top three. In terms of clubs, Juventus is placed second overall, with Napoli 20th and Roma coming in at 26th. Bianconeri are fifth, sandwiched by Atletico Madrid and Paris Saint-Germain.

The European soccer championships use a relatively complex set of rankings to determine who plays in the Champions League. It is no longer enough to just finish within the top four of the your local league to qualify. Now, the performance of the league, and the teams representing that league all affect the teams and number of participants in the next year.