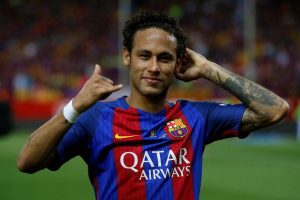 In yet another bad move, Barcelona is suing its former player for $10 million for breach of contract. FC Barcelona wants Neymar to return the bonus he took when he signed his five-year extension. The club also wants an additional 10% interest on the delay.

“Barcelona have taken these actions in defense of their interests after Neymar’s contract was rescinded just a few months after he signed on until 2021,” a club statement said.

Neymar said he was surprised by the club’s decision and vowed to fight the lawsuit. Neymar’s representatives released the following statement:

“It is noteworthy that this news was received with surprise, since the athlete completely fulfilled the contract then in force, with the full deposit of the amounts set out in the buy-out clause freely agreed with F.C. Barcelona for his release,”

The Brazilian striker joined PSG just nine months after signing his contract extension. The French club triggered his release clause by paying euro 222 million, the most expensive transfer in history. PSG did so because Barcelona was not willing to negotiate the release of their star player and was trying very publicly to poach one of PSG’s players.

Barcelona has passed the complaint to the Spanish Football Federation, which will automatically bring FIFA and the French Football Federation into the case. Both PSG and Neymar counter that they have done all that was required of them legally as part of the transfer. The lawsuit comes days after Neymar criticized the directors of Barcelona.