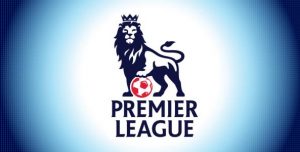 With the 26th season of the English Premier League underway, we look at some of the top clubs and their expectations:

There was a lot of disappointment when Arsenal ended last season in fifth place and missing out on a place in the Champion’s league. However, that loss is less of a bitter pill to swallow after winning the FA Cup, with the team determined to return this year with a vengeance.

It was impressive that Antonio Conte was able to pull off a win in the EPL in just his first year as manager. He established a new tactical approach for the club that helped them pull a seven point lead by the end of the season. This year does not look at positive as 2016, with the departures of Costa and Nemanja affecting their style of play.

Liverpool is yet to win a trophy under the direction of Jürgen Klopp, who took over from Brendan Rodgers in 2015. The problem last year was an over reliance on the Coutinho and Sadio Mane combination. When both were not on the field together, the team suffered. There is a lot of optimism for this year, with Salah coming in to bolster the attack relieve Coutinho.

Man U will be strong this year, boasting one of the best defensive teams in the division. Jose Mourinho led the club the League Cup, Europa League glory and Champions League football, but will be desperate to add the EPL to that list of achievements.